The impacts of climate change are affecting your access to local seafood and stressing coastal communities from the Outer Banks all the way south to the Cape Fear coast.

Carolina Public Press digs into how climate change is impacting the North Carolina coast. It's "Changing Tides" series investigates everything from your favorite fishing holes to impacts on fishers who supply the fried seafood platters you love to eat when visiting the beach. Here are five key takeaways from the "Changing Tides" series.

The well-being of North Carolina’s most productive fisheries is threatened by worsening water quality, according to marine biologists and ecologists. Climate change is contributing to the problem.

Scientists are alarmed by the volatile impact of a changing climate on fisheries, a trend commercial fishers have observed over the last decade. It complements the deep uncertainty that already envelops the commercial fishing industry in North Carolina: the persistent forces of weather, the market, international competition and waterfront development. But a changing climate also impacts what North Carolina consumers, who love to eat wild-caught fish, find on their menus, at the farmers markets and on grocery shelves. Beyond the people in the boats, small communities along the coast depend on a thriving industry to support fishermen and the working waterfront.

No place for fish

The insidious impact of climate change on North Carolina’s coastal fisheries — the species in the water and the people who catch them, study them, sell them and eat them for dinner — may lie in murky meadows of submerged aquatic vegetation. The threat of climate change to those seemingly mundane patches — which are seldom above water — is a threat to the entire oceanic ecosystem.

Impacts of climate change challenge the state’s fishing industry and other secondary industries that rely on the catch. But the effects trickle down and place a burden on the state’s most economically vulnerable coastal residents dependent on access to seafood to provide income and help feed their families. Local anglers who rely on their catch for food often fish from spots along the shore, not boats. They can't afford boats, so they fish from piers, beaches, banks and roads, areas that are at the front line of the climate crisis because they are at sea level. “Not everybody has a boat to fish from, so what happens when you have damage to docks, erosion, water quality issues, sea-level rise or habitat loss?”

Sharing information about the impact of climate change and its effect on fisheries is an important element of adapting. North Carolina Sea Grant fisheries extension expert Sara Mirabilio has adopted an approach that doesn’t include finger-wagging or shaming. 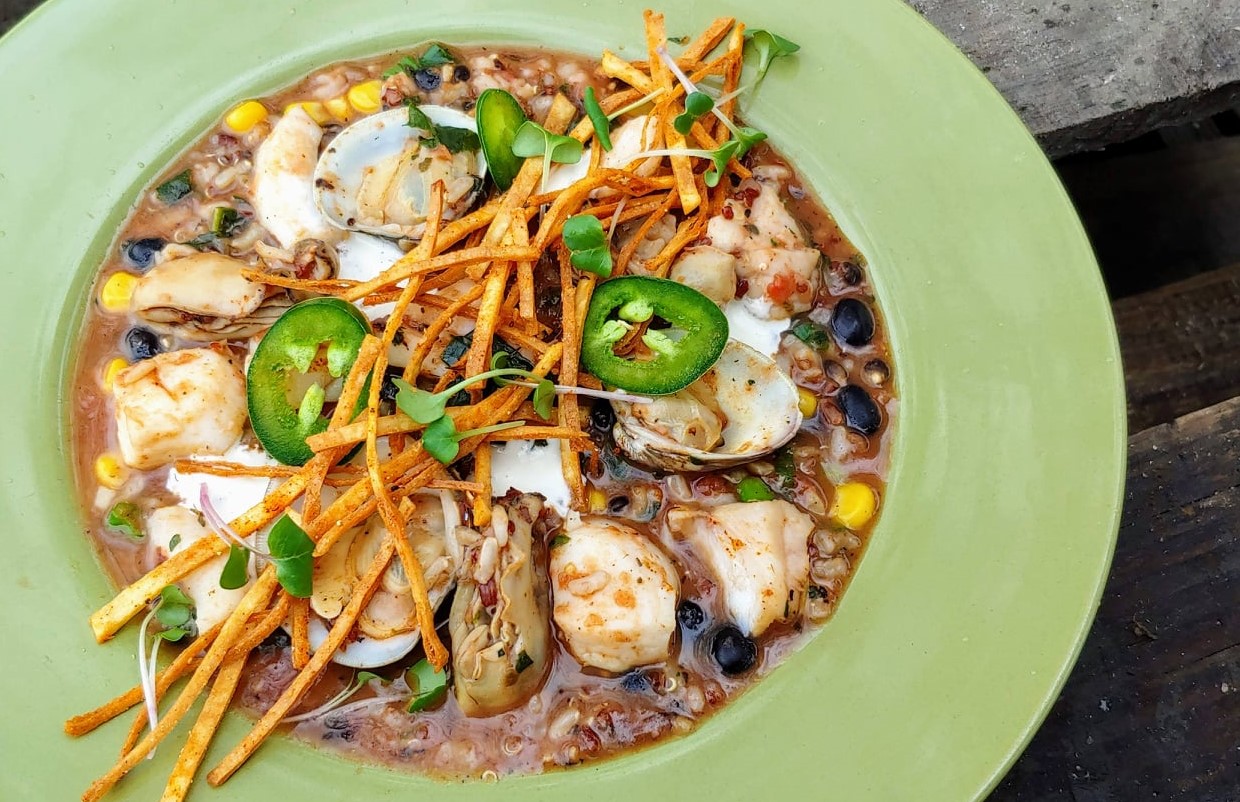